One of my favorite recent purchases has been a cover and letter from the Italian Royal Embassy (1931) to a stamp collector in Washington, D.C. The letter is from a counselor in the embassy and he acknowledges the request by the collector for some of Italy's stamps.  These items are from a very interesting and troubled time in history.  In 1931 Mussolini had dictatorial control of the Italian government and was about to embark on a conquest of Ethiopia a few years later. 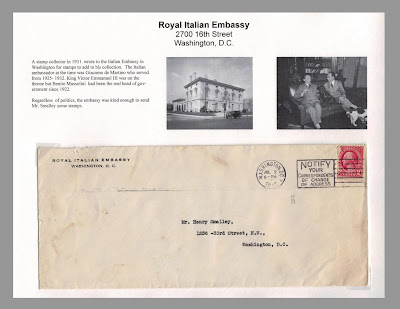 I've been creating personal display pages for many items in my collection.  One of my best sources for images is the online Library of Congress website. They have an incredible collection of high resolution images that can be downloaded for free.  In my page above, I found a photo of the Italian Embassy in Washington circa 1930.  Also there was a great interior photo showing high level Italian officials with their pet dogs circa 1935. 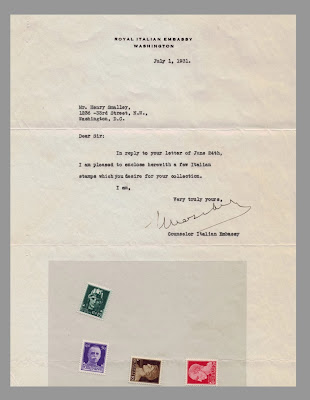 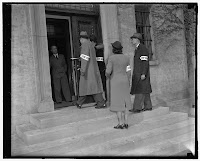 The embassy was the site of many protests by American groups against the Italian government in the late 1930s.  In the photo at left, members of the American League for Peace and Democracy present a protest letter to an official at the embassy (4/7/39).  Several blocks away the group had picket lines protesting fascist conquests.

In earlier times there were some light hearted moments at the embassy.  Back in 1926 film star Rudolf Valentino posed with embassy officials for photos (1/29/26). Sadly, Valentino died within the year at age thirty-one. 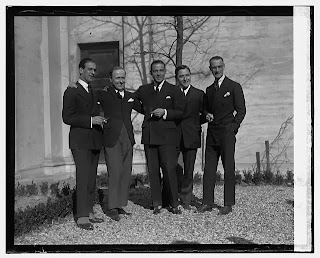 One can appreciate historical items much better when knowing the context of the times.

Note: The stamps shown above are not original to the cover and letter but added for display purposes.
Posted by Alan

Next meeting: January will be an in-person meeting .