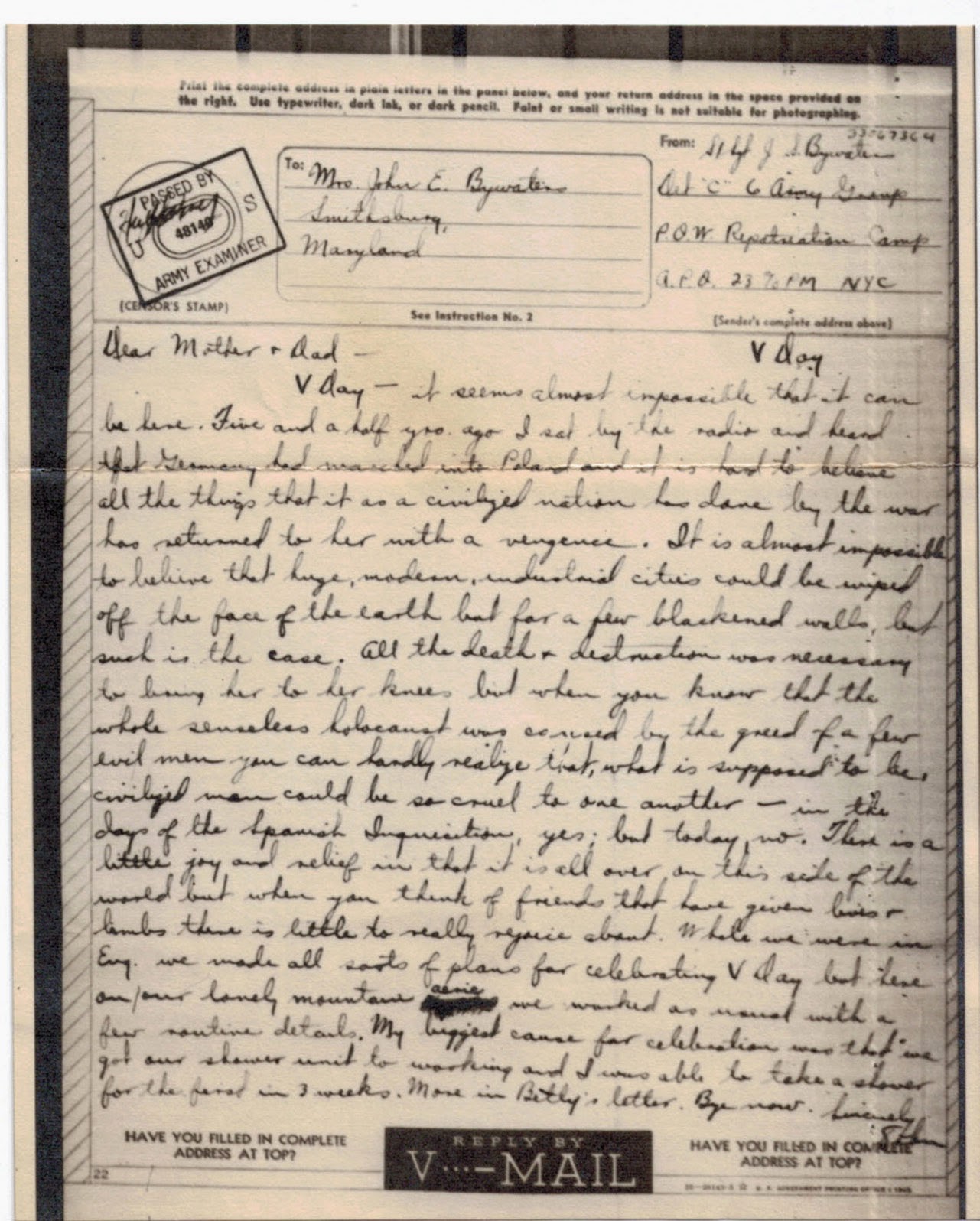 V-E Day, May 8, 1945.  The end of the war in Europe and a great relief to the world.  One can only imagine what it was like for our GIs in that theater of war.

V Mail was a brilliant form of transporting letters to and from the front.  Instead of sending the physical letters, the mail was transferred via microfilm and printed at a processing center near the addressee.  Thirty-seven sacks of mail could be condensed to one sack of microfilm.  An excellent article on V Mail is available at the Smithsonian's National Postal Museum website.

I recently acquired an amazing V Mail written by John Bywaters, an Army sergeant stationed at a POW camp somewhere in Europe.  As I mentioned before, the atmosphere at time of surrender must have been joyous.  Well, it wasn't for many.  Below is the text of Sergeant Bywaters' V Mail as it is hard to read.

Dear Mother and Dad
V day - It seems almost impossible that it can be here.Five and a half yrs ago I sat by the radio and heard that Germany had marched into Poland and it is hard to believe all the things that it as a civilized nation has done but the war has returned to her with a vengeance. It is almost impossible to believe that huge, modern, industrial cities could be wiped off the face of the earth but for a few blackened walls, but such is the case.All the death and destruction was necessary to bring her to her knees but when you know that the whole senseless holocaust was caused by the greed of a few evil men you can hardly realize that what is supposed to be civilized men could be so cruel to one another - in the days of the Spanish Inquisition, yes, but today, no.There is a little joy and relief in that it is all over on this side of the world but when you think of friends that have given lives and limbs there is little to really rejoice about. While we were in Eng. [England] we made all sorts of plans for celebrating V day but here on our lovely mountain scene we worked as usual with a few routine details.My biggest cause for celebration was that we got our shower unit to working and I was able to take a shower for the first in 3 weeks. More in Betty's letter.Bye now. Sincerely, John. (emphasis added)

V Mail is quite small.  I picked up a packet of blank V Mail stationery and took a picture to show the relative size of the V Mail to the original form. 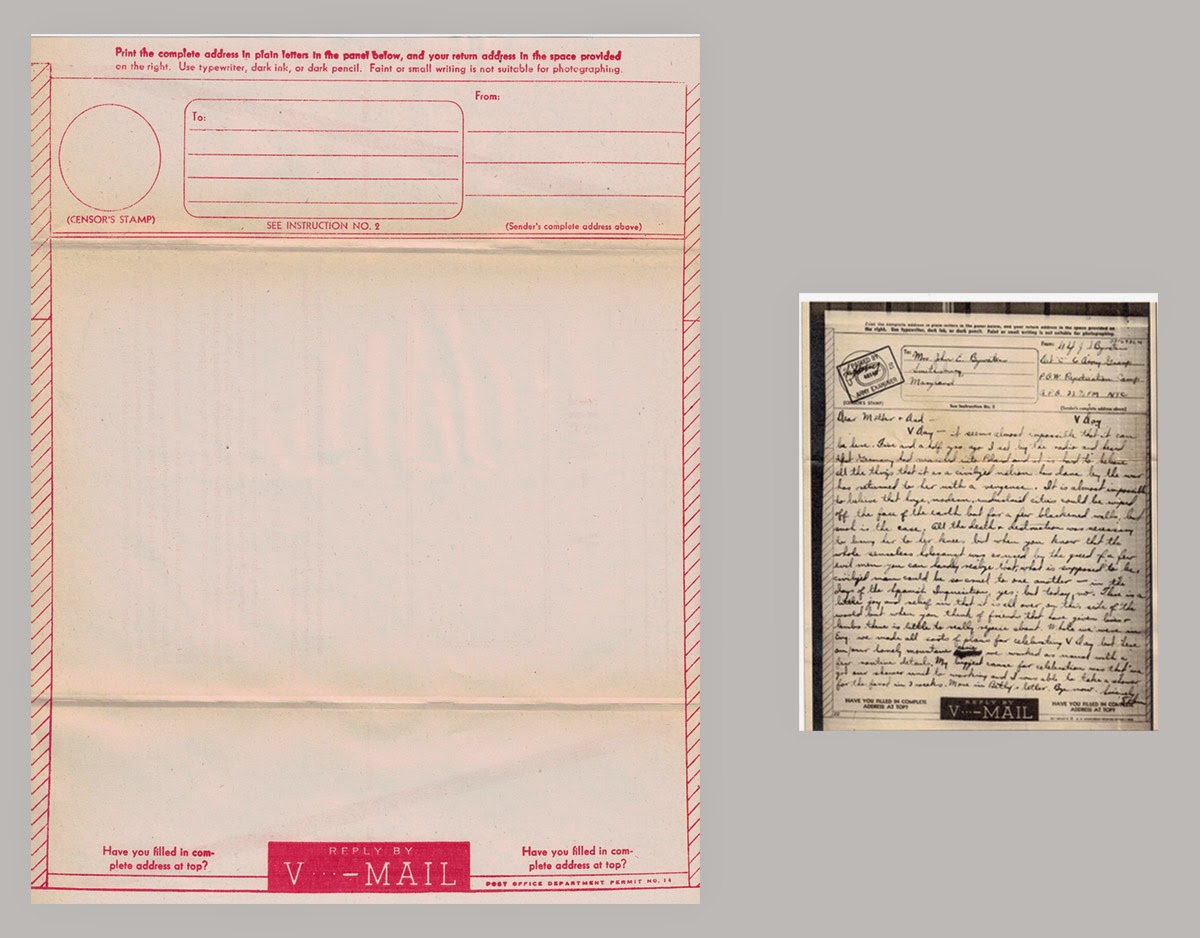 Next meeting: December meeting is in person.